Most of the politicians say they’ll reduce all sorts of taxes and Wisconsin will blossom economically. There is even some talk about reducing the recent 75-cent per pack increase in cigarette taxes. That would help the 20 percent who smoke, but it wouldn’t do much for the state’s economy.

Never mind that experts suggest those elected in November will face about a $1 billion gap between existing state tax levels and spending, much of which is returned to local governments and school districts.

According to Wisconsin Way, property taxes are too high. The group proposes to reduce taxes paid on property by increasing the state sales tax from 5 to 6 percent and allowing counties to increase their maximum sales tax from a half percent to a full percent. It would generate an addition $800 million for state government and up to $400 million for county governments.

The overall goal would be to reduce property taxes by 25 percent. The property tax is the one most criticized by senior citizens. That’s not surprising, especially since Social Security is now exempt from the state income tax.

It also suggests that perhaps another $100 million could be raised by eliminating some of the current exemptions to the state sales tax. That idea is always difficult because those who have exemptions will fight tooth and nail to keep their exemptions.

Wisconsin Way also renews the idea of turning the interstate highways into toll roads, noting that non-residents and trucking firms would pay a significant piece of the tolls.

But the status quo usually wins out.

Among the most controversial ideas is how to fund post high school education. Wisconsin Way suggests the University of Wisconsin try to get undergraduate students to get their first degree is three rather than four years. In reality, thousands of students are taking five or six years to get their degree.

Various public employee groups contributed money to the development of the report.

The group’s “blueprint for change” offers controversial ideas, but you can bet the politicians won’t order anything from the buffet before November. 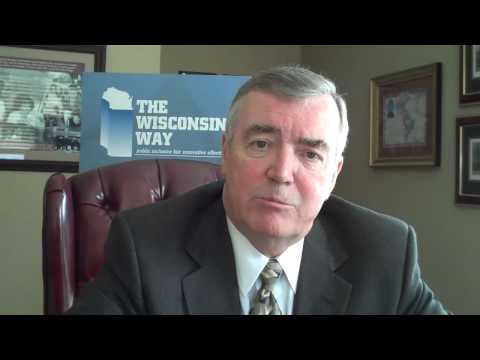 Previous: Motorists to get holiday weekend reprieve from most highway repairs
Next: Property owner willing to talk about public walkway in Madison