The proposed new additional site for the University of Wisconsin–Milwaukee's School of Freshwater Sciences is located at the Reed Street Yards. (Map courtesy of UWM)

By Sean Ryan and Joe Yovino

The University of Wisconsin–Milwaukee on Thursday announced plans to split its School of Freshwater Sciences between two properties in Milwaukee.

The university’s Great Lakes WATER Institute at 600 E. Greenfield Ave. will get a $50 million, four-story addition. The university will also try to raise more private money for a second building at the Reed Street Yards site, a property the city has dedicated money to redeveloping.

The university building is the first proposed development for the Reed Street Yards site at South Third Street and West Pittsburgh Avenue. City officials last year approved plans to develop the property into a business park for water technology companies.

The proposed university building would have UW-Milwaukee research labs and space for small, private businesses and the Milwaukee 7 Water Council, a local business and government consortium aiming to attract water technology companies to the region. The university would develop the project with the UWM Real Estate Foundation Inc.

“We’re going to build out our water research infrastructure, but we’re also going to build on a parcel that we think will be a magnet,” UW-Milwaukee Chancellor Carlos Santiago said. “It will be, I think, a location that will attract new companies. We want to co-locate those companies next to the school. We want to build our research around that as well.”

The city in September 2009 created a tax-incremental financing district at Reed Street Yards that will raise $6.4 million to build infrastructure on the land and attract business.

The university plans to start construction in late 2011 on the WATER Institute addition, but the Reed Street Yards building construction could begin in mid-2011. 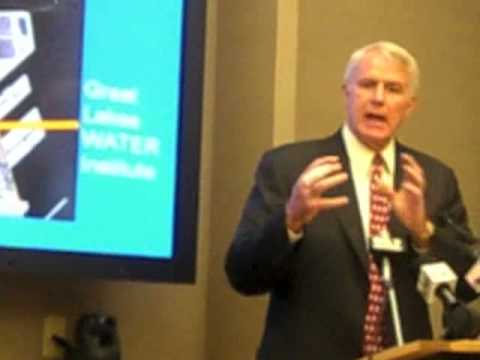