State officials plan to use tax credits awarded Friday to drum up work for builders such as Jon Matthews, who started an electrical company this week.

Matthews, who founded T.L. Reese Electrical Systems LLC in partnership with Troy Reese, said the Wisconsin Housing and Economic Development Authority projects offer him a chance to land work and expand his crew of four.

“We’re just going to start throwing bids out there,” said Matthews, executive vice president of the Milwaukee-based company, “and see what we can catch.”

Developers who receive the tax credits can sell them to investors to raise money for projects.

With the support of the credits, developers can generate up to $550 million in projects, $180 million of which will be in the city of Milwaukee, Riley said.

“We understand that there are still too many of our citizens who are unemployed today,” Riley said.

For a minority-owned startup, Matthews said, the WHEDA projects offer an opportunity because the authority encourages minority participation on projects.

“It actually means a lot to us,” Matthews said of the set-aside programs, “because it kind of opens the door for us as far as getting a foot in so a lot of the bigger contractors, the general contractors, build confidence in us.”

Matthews said the number of new employees he can hire depends on the amount of work he can win, and the tax-credit projects are one market where the company is chasing opportunities. He said the new electrical firm will work as a subcontractor for T.L. Reese Corp., Reese’s Milwaukee-based general contracting company, and for other generals.

Matthews said he is starting to search for new workers among those who are laid off, and has been approached by members of the International Brotherhood of Electrical Workers Local 494.

“I’ve received some calls from some other guys who have been sitting, who were some 494 guys who I guess are not working right now,” Matthews said. “So we’re going to start taking applications and see if we can get some really good guys.” 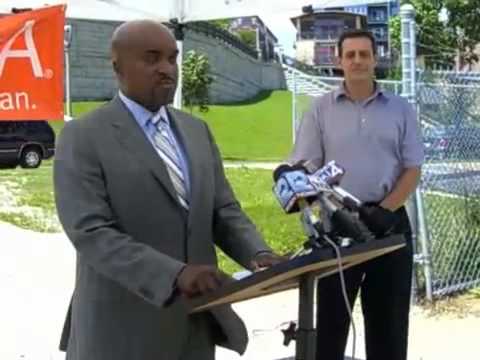