Stoughton's water tower is getting another paint job Monday after crews misspelled the town's name on the first attempt.

As a persen who rights everyday, I know a littel sumpin abbot speeling errers.

So I can simpathize with the painters from Neumann Co. in Romeoville, Ill., who misspelled (or is it mispelled?) “Stoughton” when painting a city water tower. They forgot to use there eyes and write their “T’s,” leaving the city renamed as “Stoughon.”

Crews are already back on the job, and over the weekend they erased the “on” from the water tower so they can paint in the “T,” so the city was advertised as “Stough” for a while.

The entire episode has spawned a bunch of online comments, said Kim Jennings, finance and administration manager for Stoughton Utilities.

“We’ve had a couple of comments saying that at least its not as bad as the Sussex tower,” she said.

In that case, painting crews followed their normal routine of painting town names backward on the water tower. So for a little while there, Sussex residents were staring at the Latin word for “six” on their billboard.

These are all harmless errors, but they reinforce the need for diligence on our public projects. On that note, I switch gears to the Wisconsin Department of Transportation, which is beefing up programs that double-check engineers’ work on bridge designs. As my editors will tell you, a second and third pear of eyes on anything will always result in improvement.

So I say, congradulations to the folks at WisDOT! 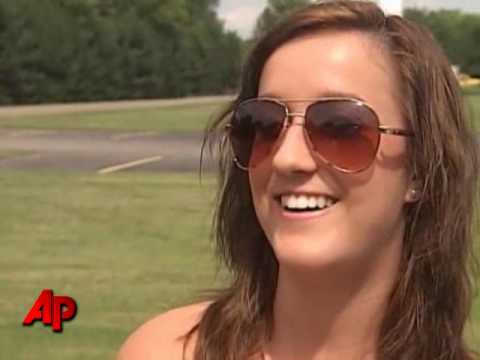 Sean Ryan, a staff writer for The Daily Reporter, will mail a bag of high quality swag (copy editor in background not included) from The Daily Reporter office to the person who first identifies all of the misspelled words in this blog. Leave your guess in the commenting section below.