‘Sewer City’ could take a political cue from the Windy City

It is you and I who are responsible for the sewage backups that did millions of dollars in damage to homes and businesses in the metro area last month, says the Milwaukee Metropolitan Sewerage District.

Leaky laterals — the privately owned pipes that connect homes and businesses to municipal sewers — are causing the problems, according to MMSD officials.

And it is you and I who are going to have to pay for the fix, the same officials say.

That message has not set well with the hundreds of angry property owners who have raged at local officials in the weeks since the devastation of two July storms.

Not only do property owners have to pay for the damage done by the sewage — FEMA is providing no relief to private property owners — but many will also have to pay thousands of dollars to fix leaky laterals that MMSD asserts is the reason for the much of the problem.

Right or wrong, much of the public blames MMSD for the backups and the dumping that befouls Lake Michigan and our other waterways. One thing is clear: the popular perception is that the nearly $3 billion tax dollars spent on the Deep Tunnel system that opened in 1993 has not lived up to the public’s expectations.

District officials accurately point out that the Deep Tunnel has prevented the dumping of millions of gallons of raw sewage during heavy rainstorms, but the public believes their tax dollars should also protect their homes from sewage damage.

One result of the opening of the Deep Tunnel was that a number of overflow points — more than 400 relief valves on sewers meant to carry only waste water — were closed off in the 1990s. It is unclear if those relief valves could have prevented sewage getting into basements, but even Bill Graffin, the MMSD spokesman, acknowledged that in retrospect it might not have been a good idea to eliminate those overflow points.

Mayor Tom Barrett came under attack from County Executive Scott Walker last week for not fulfilling a 2004 campaign promise to fix the sewers. Barrett, who controls the commission that oversees the district, ordered the district to bankroll a $100,000 study of the problem after he was elected.

But Walker, one of two Republicans running against Barrett for governor in November, has not come up with a solution to the sewer woes either.

Sewers also promise to be a key issue next spring when city and suburban officials face the voters in municipal races.

The gubernatorial candidates and candidates seeking election might be wise to remember the Chicago mayoral election of 1979. Incumbent Michael Bilandic was seen as a shoo-in for re-election until a two-day snowstorm crippled the Windy City with more than 2 feet of snow. Political newcomer Jane Byrne defeated Bilandic in the February primary and then easily won the general election.

Marie Rohde is a staff writer at The Daily Reporter and has done award-winning reporting on the MMSD. 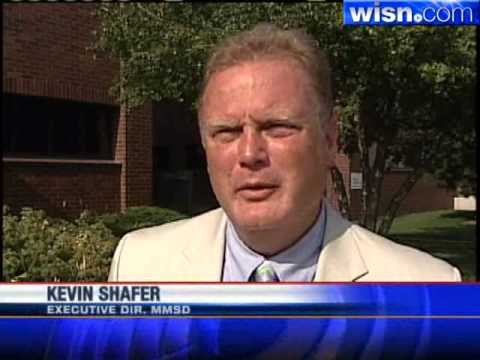