Opponents of Gov. Scott Walker's budget repair bill sleep in the rotunda of the state Capitol Tuesday. The structural integrity of the Capitol has been called into question as the building at times has been filled to its capacity of 9,000 people. (AP Photo/Wisconsin State Journal, John Hart)

State lawmakers Tuesday took measures to reclaim portions of the Capitol building from protesters who have crowded inside for more than a week.

Only the east and north wings of the Capitol were open to the public, and extra police officers were called in, including dozens who stood outside entrances to both chambers of the Legislature.

Members of the public had to pass through extra security to get into the Assembly, and the Senate did not allow people inside during its short floor session. Fitzgerald, the Senate majority leader, makes security decisions for the Capitol, along with minority leader Mark Miller, D-Monona, who is still outside the state with other Senate Democrats.

“Quite honestly, it was difficult to make it to my office at all.”

In addition to security issues, Fitzgerald said, the structural integrity of the Capitol has been called into question as the building at times has been filled to its capacity of 9,000 people. Protesters bang drums and chant inside the state Capitol on Tuesday in Madison. (AP Photo/Jeffrey Phelps)

“The engineers said the Capitol isn’t built for that many people,” Fitzgerald said. “Around the rotundas, many people there were jumping up and down.”

The building should be sound enough to hold thousands of people, but rapid movement could increase the risk of structural damage, said John Goetter, Milwaukee vice president of GRAEF-USA Inc., an engineering firm that has performed restoration work on the Capitol.

“That people are packed in there wouldn’t necessarily be a concern,” Goetter said. “Now, if somebody called us and said people are jumping up and down all at one time and the floors are really shaking a lot, then somebody should be looking.”

Each floor of the Capitol, Goetter said, is designed to withstand 100 pounds per square foot, but that number doesn’t account for people “jumping up and down like they’re on bleachers.”

Although fewer people came to the Capitol on Tuesday than in previous days, state Rep. Chris Danou, D-Trempealeau, warned the demonstrations could explode if the Legislature passes Gov. Scott Walker’s budget repair bill. The legislation, in its current form, would eliminate most collective bargaining rights for public workers.

“You are unleashing labor strife in this state like you’ve never seen before,” Danou said, “if this thing continues.”

But state Rep. Jon Richards, D-Milwaukee, said the crowds have not caused any problems.

“They’ve been loud, and they might not look like you or think like you, but they’ve been law-abiding,” Richards said during the Assembly’s floor session. “I went around and talked to police officers all around the Capitol. I asked every one of them, ‘Have you had any problems with people disobeying the law?’ “Every single police officer told me people are obeying the law while they’re here.”

Law-abiding or not, the sheer volume of people inside the Capitol has created concerns, Fitzgerald said.

“We’re trying to make sure these legislators are free to make decisions based on information they have available to them,” he said, “and not for fear of intimidation or retaliation later on.

“This body is not working if it isn’t working in that way. No legislator on either side of the aisle should ever have to worry.”

Fitzgerald added he also doesn’t want to have to worry about the rotunda caving in.

“I’m not an engineer,” he said, “but certainly it was something that was raised.” 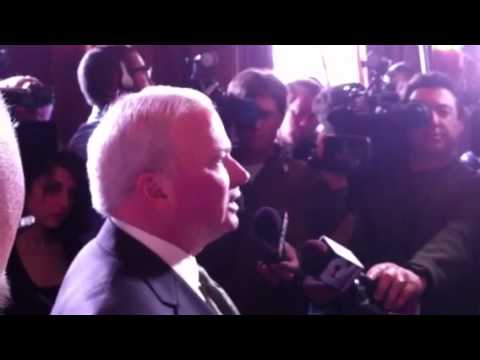 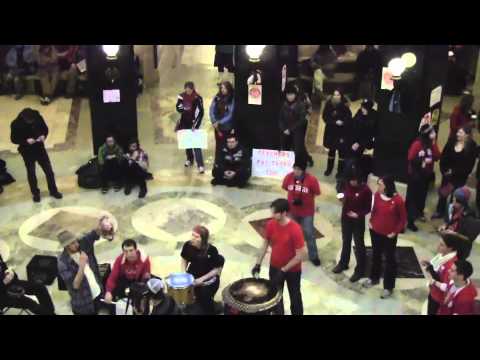