The new Boys & Girls Club of Kenosha is a working example of the value of teamwork.

Plans for the project began in 2007 when then-Mayor John Antaramian and the Kenosha Common Council agreed to help the club. The city acquired the project site through the Redevelopment Authority purchasing program and kicked in $5 million for construction through the Harbor Park tax incremental financing district.

As part of their partnership, the city and club exchanged properties, and the new building went up on the blighted site of a former bookbindery.

Current Mayor Keith Bosman praised the project for taking a blighted area and turning it into a valuable community resource.

“It went a long ways toward providing a place for the youth and families of Kenosha to be involved in the community,” he said, “and it got rid of one of the worst neighborhoods in the community too.”

In June, the club opened the doors to a 79,500-square-foot center that includes two full-sized basketball courts, an indoor soccer field and a computer lab. The new building also houses the Spanish Center of Southeastern Wisconsin, provides examination rooms for the Kenosha Community Health Center and creates a home for the Kenosha Police Department’s Crime Stoppers unit.

For the club, the new building meant a dramatic increase in participation. Wally Graffen, club director, said he is thrilled with the group’s ability to reach out to more children.

“We were able to increase our daily attendance by almost 100 percent.”

It could not have happened, Graffen said, without a partnership with the city and the persistence of everyone involved in the project.

“If we would have tackled this on our own,” he said, “the project would have been one-third the size.” 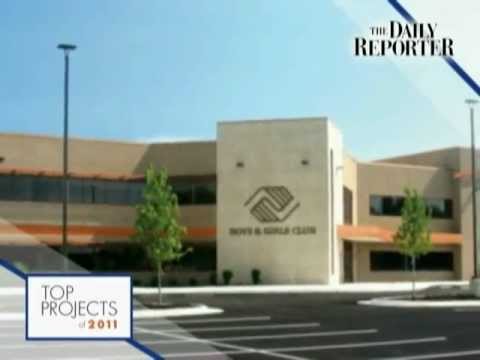