A rendering shows the new Zoo Interchange. State officials said Friday they may want to delay reconstruction of the interchange in Milwaukee. (Image courtesy of WisDOT)

MADISON, Wis. (AP) — State officials want to delay reconstruction on the busiest interchange in Wisconsin: the Zoo Interchange in the Milwaukee area.

The idea comes from Gov. Scott Walker’s Department of Transportation after years of Walker criticizing his predecessor for not prioritizing work on the interchange.

It was detailed in a budget request released this month.

Transportation Secretary Mark Gottlieb said a delay for completion of the overall project from 2018 to 2020 is necessary if more money isn’t put toward roads.

GET THE LATEST ON THE
ZOO INTERCHANGE PROJECT

Walker spokesman Cullen Werwie did not say whether Walker would agree to delay, but noted the budget request is just the starting point for discussion on the issue.

The Milwaukee Journal Sentinel reports seven other major projects could face delays of one to two years under the department’s request. 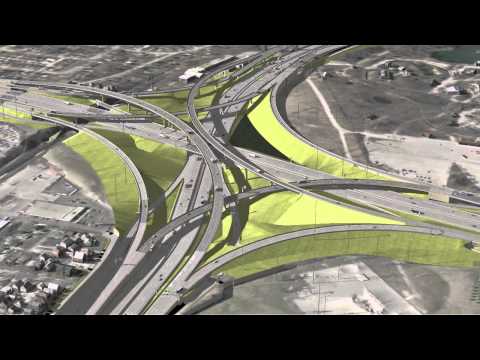 Previous: All the trimmings
Next: Judge upholds chemical cleanup plan for Fox River