Trending
Home / 2013 Newsmakers of the year / Groeschel breaks down barriers Being asked to predict the future seems like a lofty job requirement, but that’s what Jenalyn Groeschel’s career is all about.

Working as facility consultant at Northwestern Mutual Life Insurance Co., Groeschel successfully launched the Campus Connection initiative, reinventing the company’s downtown Milwaukee site with the intent of creating a final product that will serve the growing needs of the company for years to come.

“There’s a lot of planning as far as the growth of the company and we’re trying to anticipate where the company is going to be 2025,” she said. “We’re trying to forecast out that far and try to plan spaces so they can accommodate growth and still be mobile and agile.”

The first phase of the project, an office building on Van Buren Street, is complete. Groeschel won’t take much credit however, expressing deep appreciation for the group of professionals which worked together on the remodel.

“It’s a testament to the great teams that we have around us,” she said. “There are four other award winners that we’re working with right now.

Her interest in the future is not limited to her professional career however. Groeschel volunteers at several local universities in hopes of inspiring the next generation of professionals. Volunteering on her own time, as well as though company programs, she has worked to become a role model for students in several fields.

“I think being able to engage the community can only help us as well,” she said, “because we continue to learn.”

As a woman in a male dominated field, Groeschel notes the importance of inspiring others to pursue their dreams.

“I think the most important thing [women] can do is be role models,” she said. “I think that’s the thing that can break down the barriers the most.” 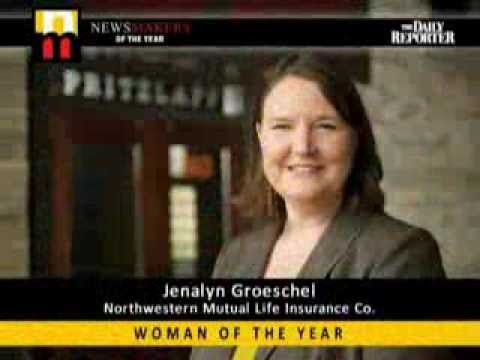 Previous: Cullen estimator continues to rise above
Next: Daily Reporter honors Newsmakers of the Year