“My biggest challenge is making the risk seem real,” said Wagner, a Milwaukee attorney and shareholder with von Briesen & Roper SC who has led dozens of seminars about construction law.

“That’s why I try to use what I call live ammo. I use real examples and, if I can do it, actual cases.”

But the anxiety is worth it, said Kurt Zimmerman, an architect and vice president with Zimmerman Architectural Studios Inc. and director of the American Institute of Architects in Milwaukee.

“He can take a threatening, looming disaster for an architect and, I don’t know that he soft-pedals it, but he can take a heavy subject like that and give you a sense of hope,” Zimmerman said. “Because not only does he show the fallout that comes from poor management, he can show a solution, a way to pre-empt some of these issues.”

Wagner said his goal is to help construction professionals help themselves, whether he is discussing his list of the 10 most common mistakes architects make or offering advice on using billing as an opportunity for communication.

“I’ve seen so many contractors and construction professionals pay too steep of a price,” Wagner said, “and, sometimes, the ultimate price, and go out of business when they could have prevented it.”

As the industry recovers from the recent economic downturn, Wagner said, he understands it will be tough to get construction professionals to spend money on intangibles such as managing risk.

“A lot of times, a manager might want to buy a new backhoe rather than spend money on sitting down with a lawyer,” Wagner said. “There’s only so much income stream they can devote to this.”

That is why Wagner does not push himself as the solution to the problems he presents, he said. Instead, he offers tools to help project leaders prevent those pitfalls, recognize problems and understand when to ask for help.

“He knows it’s bigger than him,” Zimmerman said. “You’re not in for a heavy sales pitch. You really are just learning.” 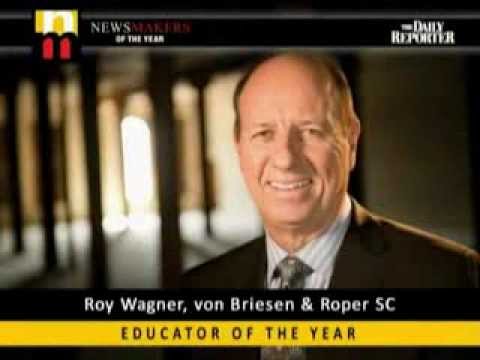