ST. PAUL, Minn. (AP) – The Minnesota Pollution Control Agency has claimed a world record for the largest ball of paper.

The ball was displayed at the Minnesota State Fair to show how much recyclable paper Minnesotans throw away every 30 seconds.

In keeping with Guinness guidelines, no adhesives or tape was used to create the ball. It was built around a cardboard frame and held together with paper netting.

Anyone who missed seeing it at the State Fair is out of luck. The MPCA recycled it. Rock Tenn in St. Paul turned it into cardboard for cereal boxes. 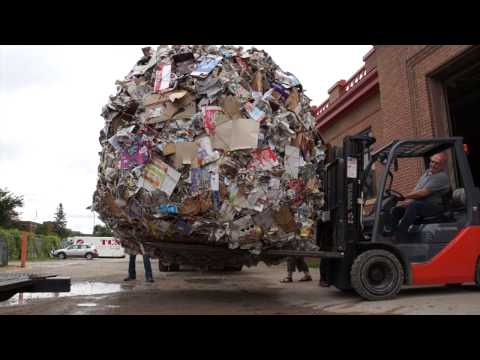